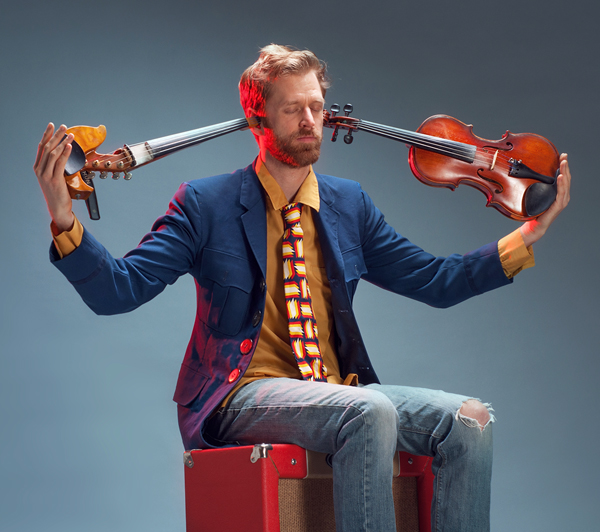 Marc was eleven years old when he first picked up the violin and has been in a love affair with music ever since. He builds layers of sound using the violin, voice and guitar, in a process known as looping, which creates an array of melodies and harmonies. This is all done live without the use of any pre-recordings or samples.

To All My Dear Friends (TAMDF) was formed in November of 2008, but it wasn’t until early 2009 that Marc started sharing this unique sound with the world.

TAMDF has recorded four studio albums, alongside many years of touring and performing, including a live album on the streets of Asheville, North Carolina. Marc is currently working on his 5th studio album. TAMDF has collaborated with many talented artists including Grammy Award winning engineer Malcolm Burn, Greg Calbi of Sterling Sound, The Houston Met, Nicole Miglis of Hundred Waters, and Hope Stone Dance.

“Music speaks a universal language that all people understand, inspiring and moving each of us. Sound and music can break down barriers, reaching a level that is beyond the mind. For all that humans have created and will create, music is, perhaps, one of our finest accomplishments. Playing music allows me to connect with people in ways that would not be possible through any other medium.”

Marc is passionate about cultivating positive transformation through his performances, and hopes to bring healing to many through the music. He also incorporates his daily spiritual practice into his music, including the teachings of yoga, meditation, Sufism, Tai Chi and Qi Gong. TAMDF strives to create musical experiences that rejuvenate, nourish and soothe the soul, helping to return balance within.