We are proud to announce the upcoming release of Bloom, a new album by To All My Dear Friends.

Listen to Bloom the single

Enjoy this title track from the upcoming album! Download it here even for free. 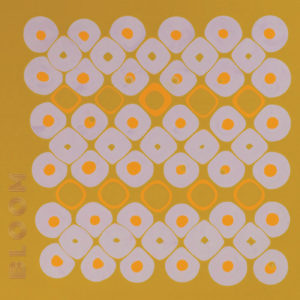 It has been a long road to finishing this beautiful album. A year and a half long road to be exact! But it has been well worth the wait! Recorded in Columbus Ohio at The Tone Shoppe, Marc had the wonderful opportunity of spending two weeks in the live-in studio with recording engineer Eric Cronstein. This provided the perfect environment for getting lost in the music, raising each melody to it’s highest potential. Drums were recorded at Black Bear in Gainesville Florida with the very talented drummer Zachary Randall.

Now here’s where the fun begins. Everything is recorded. All that’s left is mixing and mastering. So what did Marc do? He took a chance and contacted some of the best in the industry in hopes of elevating the album to the next level! Bloom was mixed by Grammy Award winning engineer Malcolm Burn. Malcolm has recorded and mixed albums for many amazing artists including Iggy Pop, Bob Dylan, Patti Smith, Kaki King, Emmylou Harris, and now even To All My Dear Friends! Marc spent a week up in Kingston New York at Malcolm’s iconic recording studio La Maison Bleue. Malcolm agreed to work on the album because he enjoyed the music. Awesome!

Mastering is being done by the world renowned engineer Greg Calbi of Sterling Sound who has mastered albums for many talented artists including John Lennon, Talking Heads, Paul Simon, St Vincent, Norah Jones, and now you guessed it.. To All My Dear Friends!! We feel so honored to be working with such talented engineers on this new album. For all you audiophiles out there, the single Bloom was mastered by Marc because Greg is currently mastering the album. That means the album version will be even better! Yay!

But what’s the best part about the new album? It was entirely funded from the streets of Asheville North Carolina! Marc has spent the last year diligently raising the funds, dollar by dollar, to finish this album. He calls it  “analog crowd funding,” without the use of a computer.

Working with such talented folks as Malcolm Burn and Greg Calbi is not cheap! Countless hours have been spent out on the street with violin in hand. So much so that there hasn’t been much touring in the last year. But don’t you worry! That will change soon. To All My Dear Friends hopes to hop on a national tour in the near future, and hopefully even an international tour. To start up the stage performance again, there is an album release show happening on Saturday September 20th in Asheville North Carolina.

Keep your eye out for the upcoming release of Bloom, available everywhere on Friday September 12th. You can even sign up for our email list to automatically be informed of the new release.